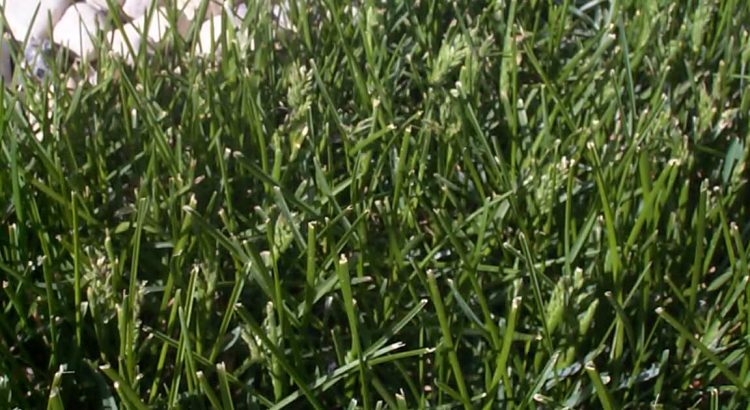 A natural part of the Kentucky Bluegrass growth cycle is to produce seed heads. In nature this is how the grass spreads and ensures it’s continual survival. But in your lawn, it’s downright ugly. Here are two ways to deal with the problem

My personal preference is just to mow it low and often. I enjoy the exercise of mowing so I don’t have a problem with it! 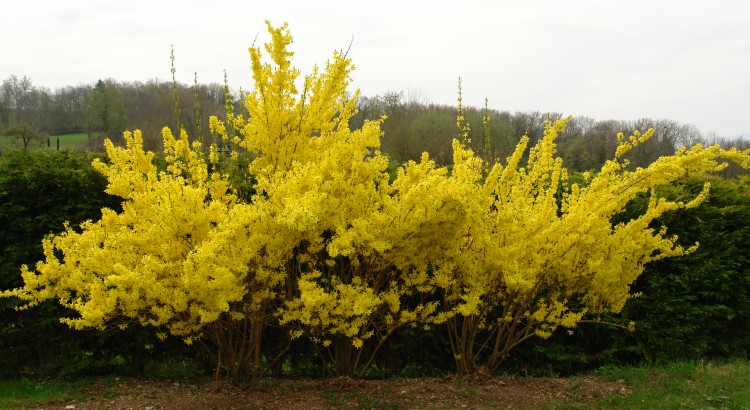 It’s actually easier than that. Just look for a forsynthia starting to bloom. It’s those bright yellow bushes that are hard to miss (pictured above). When that happens, it’s actually the perfect time to put down crabgrass pre-emergence.

What if I am too early or late?

If you are early, that’s a good thing. Most preventers last months so it’s better to be early than late. It’s actually not the end of the world if you don’t do it right away. You should still put it down as soon as possible because all the crabgrass doesn’t germinate at the same time. Crabgrass preventer also prevents many other weeds so you want to get it down asap.

When the snow starts to melt away and the weather starts getting warmer, we all want to run out and start cleaning up the lawn.

If you have a chance, check out newsline, they have a really cool science news.